Sometimes, “doubles” have negative associations – double chins (not good) double dip recessions (not so good either) double boobs (because one’s bra is too small and and there’s a boob in the bra and another one at the top of it – definitely not a good look) but the day before yesterday I was “double” 21, and it wasn’t so bad at all.

For a start the sun shone.  You would think that having a birthday in July would mean lots of sunny birthdays – oh no! You wouldn’t believe how often it is raining on my birthday.

I started off with a short, and rather lame excuse for a, run before Mr SG went off to work. Then after a chat with my sis and my Mum, I opened the cards and pressies from the children – and amongst them was this! I could have stopped there and would have been perfectly happy.

We then headed into town for a quick stop at Selfridges, which is a great store for all of us.  The children had milkshakes, which were fab. Then we had a wander at the “gadgety area”, Cath Kidston, Pedlars and also the sweets. The youngest loves escalators which is great because guess where the women’s clothes are…yep, the top floor. Fantastic!

On arriving there she headed straight for these…

…the Louboutins. Let’s not mess around with Dune or anything else, let’s go straight for the big guns. Mind you, after the Salvador Dali experience the day before, these were small fry!

After my post on wedge trainers a few days ago, I had to smile to myself when I saw these Isabel Marant Bekket trainers.  They have been sold out for months but here they are – back in good old Selfridges in Birmingham.

Still not for me though. Nope, never. Even fickle old me won’t change my mind on that one.

After our trip to Selfridges we headed to Reiss where I replaced the the bracelet that I lost the day before – and it was in the sale so it wasn’t all bad.

We then collected Mr SG from work and headed to Stratford (Upon Avon) that is, not the Olympic site, where we had a picnic, went up the viewing tower in the RSC and had a boat trip  – and all in the sun! Our trip to Stratford finished with a quick look around their Jigsaw – which was lovely and light.

Then it was home for a quick shower before going to Pizza Express for dinner – always a winner with our family. Neither my son nor I could see a thing when these were taken, so it’s lucky that a couple were OK.

Here I am wearing a Jigsaw dress which I have had for a couple of years and some Dune wedges.

I was due to go to the Marie Claire fashion party in London in the evening and was all ready to go.  I saw people tweeting about it in the day and was so excited but also torn and in the end, I decided to stay at home. When, in Pizza Express, our youngest said “you are the best Mummy in the world and I love you with all my heart” I was so glad that I had.

…which he then turned…. 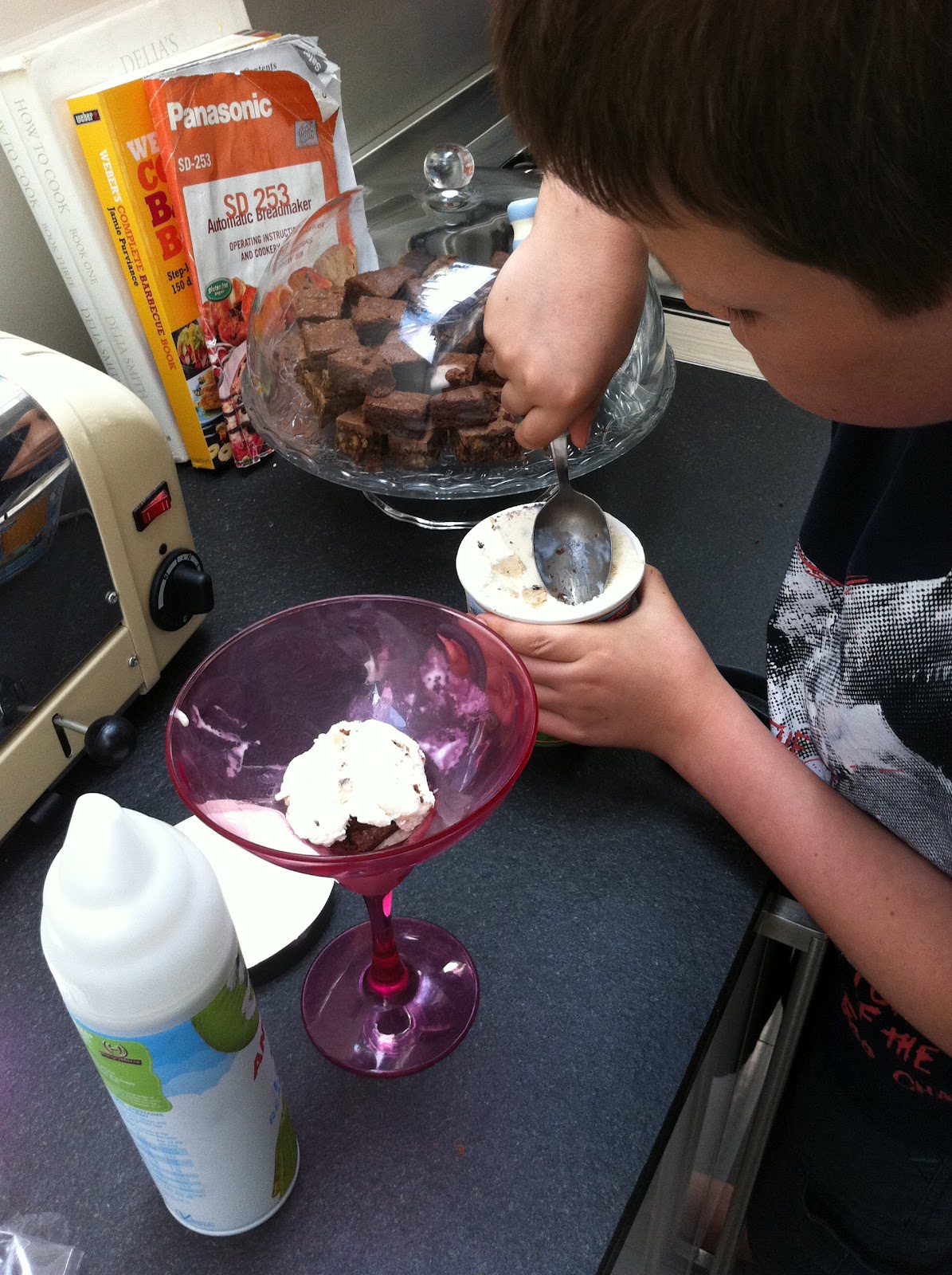 with great care and the assistance of Ben and Jerry’s ice cream, chocolate mousse, cream, and maltesers… 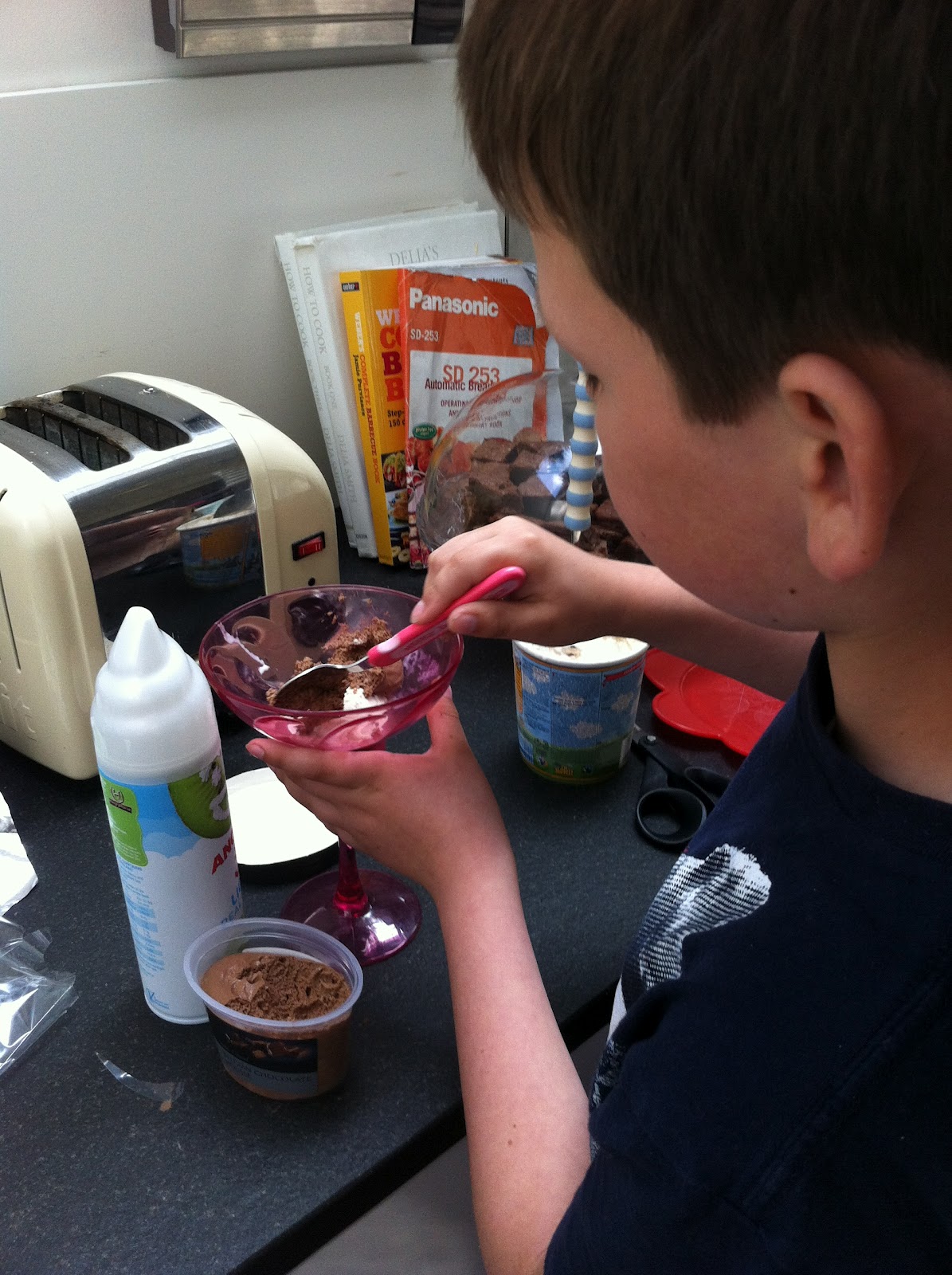 …into this! And it was divine! [Note the card below, courtesy of the eldest, complete with song from 1D!] 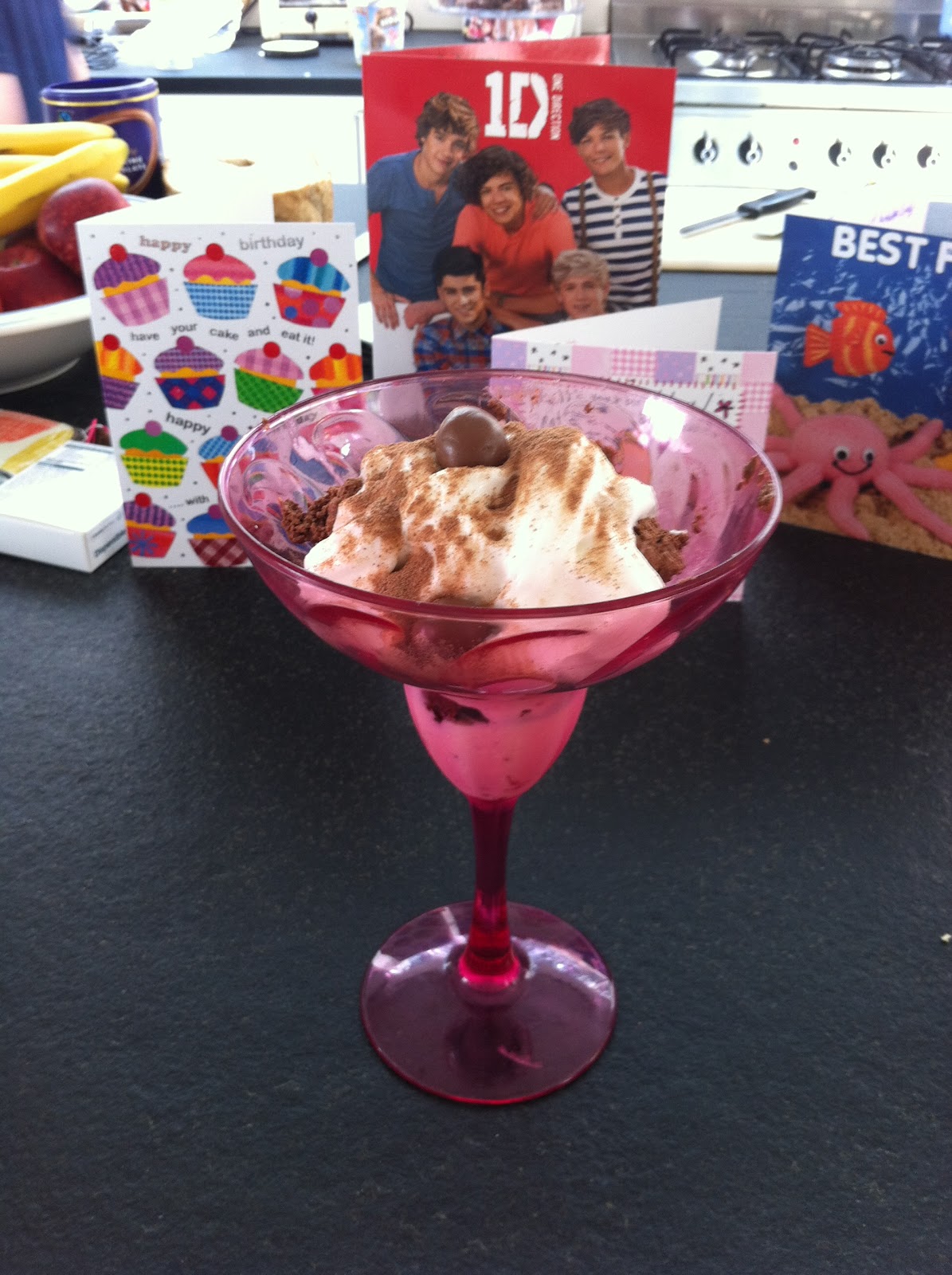 My lovely pressies were opened at about 10pm and I am sure that many of them will be making appearances here over the next few weeks.