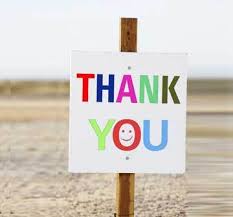 I decided that I didn’t want today’s post to be about me, but rather about all of you instead.

I was delighted to find out, some weeks ago now, that Style Guile was a finalist in the “Style” Section of the Bibs (Brilliance in Blogging) Awards, which are held by BritMums.

BritMums is the largest and most influential network of parent bloggers in the UK, and it receives over 17 million page views per month.

As some of you will know, Friday and Saturday saw the arrival of the BritMums conference, with the Bibs Awards ceremony being held in London on Friday night.

The lovely, and utterly deserving, Amanda Start from the Online Stylist won the award.  It was only as a result of seeing an article about Amanda in Woman & Home, two years ago this August, that Style Guile was born  – so I am ever indebted to Amanda for that.

Anyway, I wanted to take this chance to stop for a moment and to say a big “Thank You” to everyone who nominated, or voted, for Style Guile – to anyone who leaves comments and to anyone who takes time out of their busy day to read the posts. I really do appreciate your on-going support and I just wanted to say “Thank you!” I don’t always get an opportunity to respond to comments as quickly as I would like, or as in as much detail as I would like, so I hope that you will forgive me, knowing that that they are all read and thought about during my day.